Fall in Australia currency • Are you thinking Australia? | thinkingaustralia | 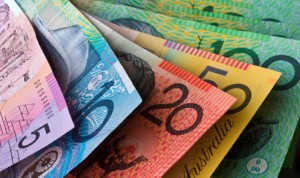 Australia has seen a fall in the value of its currency due to recent volatility in global stock markets.

The Australian Dollar fell to US$69.30 cents in roller-coaster trading that saw more than $100 billion wiped off the value of the Australian Stock Exchange (ASX) in the first 11 days of 2016.

Financial analysts suggest that the Aussie dollar could fall to as low as 65 cents if current uncertainty in global markets continues.

Well-known Australian companies such as Rio Tinto and BHP have not been immune and have each seen their share value fall by around 4%.

Recent global turmoil in stock markets has been driven by large falls in the Chinese share market which lost around 10% of its value last week. The worldwide financial uncertainty has been fuelled by the Chinese Central Bank that has devalued its currency in a bid to stimulate the economy.

China is Australia’s largest export market, at 33% it is more than double the second, Japan at 15%.