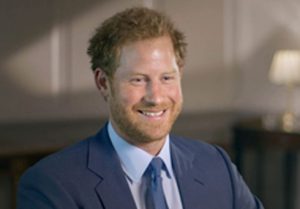 Emigrate to Australia and experience the fourth Invictus Games that will be held on 18-29 October 2018 with over 500 competitors taking part from 17 nations.

Emigrate to Australia where Sydney follows host cities London (2014) and Orlando (2016) with Toronto due to stage the games in September 2017.

Events will be held across Greater Sydney including Sydney Olympic Park and on and around Sydney Harbour. 17 nations will compete in eleven different adaptive sports

Prince Harry explained why the Sydney bid won the rights to the 2018 Invictus Games: “We had three key criteria. First, it had to be an iconic city – somewhere known the world over.

“Second, it needed to be a city with a proud military heritage, which would welcome competitors from all over the world with open arms.

“And finally, we wanted to go somewhere where they are absolutely sports mad and would really get behind our competitors.

“It was an easy decision really – the 2018 Invictus Games are coming to Sydney.”

Emigrate to Australia for 2018 Invictus Games

Founded by Prince Harry, the Invictus Games use the power of sport to inspire recovery, support rehabilitation and generate a wider understanding and respect for wounded, injured and sick servicemen and women and the families that play such an important supporting role.

It is the only international adaptive sporting event for wounded, ill and injured active duty and veteran service members.

Prince Harry founded the Invictus Games after a visit to the US Warrior Games held in Colorado in 2013.

He vowed to take the idea and launch a similar event in the UK after seeing the impact sport could have on wounded, injured and sick Servicemen and women in their recovery.

The first Games took place in London in 2014 at the Queen Elizabeth Olympic Park, the site of the 2012 London Olympic and Paralympic Games. Over 400 competitors from 13 countries took part, including the US, Australia, Canada, France and Afghanistan.

The second Invictus Games took place in May 2016 in Orlando, Florida with more than 500 competitors from 15 nations. The Invictus Games will continue in Toronto 23 – 30 September 2017.