Doctors wanted in Australia • Are you thinking Australia? | thinkingaustralia |

Australia is looking for qualified doctors to fill vacancies in GP surgeries, hospitals and healthcare clinics. 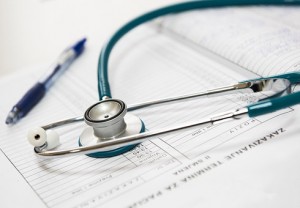 Over 1,500 UK doctors move to Australia and New Zealand each year and the number of doctors seeking to migrate has increased sharply over the past 12 months.

It takes around six months for a foreign doctor to go through the visa process for Australia.

It then takes a further three months to acclimatise to the Australian medical system after which they could be working 40 hours a week and earning up to $300,000 a year.

Since 2006 over 5,500 UK doctors have gained certificates of Advanced Standing that allow them to work in Australia.

40% of doctors go on to complete the 12 months of supervised performance assessment needed for general registration.

New Zealand is also a popular destination for UK doctors seeking to migrate.

Over 1,000 UK doctors have been added to the New Zealand medical register in the past three years according to official figures.

“If you are a qualified doctor thinking about living and working in Australia, contact us today to find out what options are available to you.”

In the past seven years over 28,000 doctors in UK have been issued with Certificates of Good Standing (CGS), the official document needed to allow them to work overseas.

The latest figures from the UK General Medical Council reveal that the number of doctors seeking to work overseas is increasing.

Around 2,500 UK doctors applied for Certificates of Good Standing in the first six months of 2014 alone. And the number of applications and certificates issued has risen by more than 12%, according to the UK’s General Medical Council.