Commuter trains in Perth • Are you thinking Australia? | thinkingaustralia | 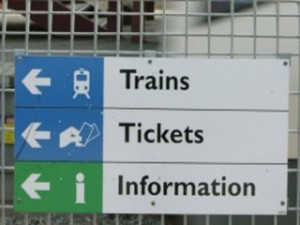 Perth residents are more satisfied with their train services than any other capital city in Australia.

Adelaide Metro, Queensland Rail and Sydney’s City Rail each got four stars and Melbourne’s Metro got a three star rating. Perth was the only train service to get five stars in more than one category, scoring five for reliability, comfort, timetabling, cleanliness and ticketing. It got four stars for ticket price and safety. The only other five-star rating in any category was Queensland Rail with five stars for safety, according to Canstar’s 2015 City Trains – Most Satisfied Customers report.

The report showed West Australians spend the least each week on public transport at $13.99. The highest was Queensland at $22.60.

Reliability (17%) is the biggest driver of overall satisfaction, followed by ticket price (15%) and comfort (13%). Cleanliness (12%), good scheduling (11%) and efficient ticketing (11%) were also important, while safety (5%) is less of a priority for most passengers, suggesting that most people already feel relatively safe.

Complaints regarding delays were most common among rail passengers in Melbourne, the survey found, while passengers in Perth were least likely to be delayed.