Canberra in vital Pluto role • Are you thinking Australia? | thinkingaustralia | 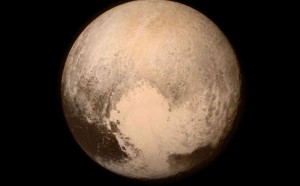 Scientists in Canberra, Australia are playing a key role in the New Horizons Pluto mission.

A space centre in Canberra is a transfer station for images and data being beamed back from NASA’s New Horizons satellite that is passing the distant planet. The satellite is 5.3 billion kilometres away and is now at the start of a 16 month process to beam back a decade’s worth of saved data from its journey.

Canberra’s Deep Space Communication Complex at Tidbinbilla is playing a vital role in the mission, with a high-power transmission to Pluto that takes over four hours to reach the satellite as it passes Pluto.

The data will help scientists answer questions about the composition, density and temperature of Pluto’s atmosphere. Each image takes 40 minutes to arrive back on earth. The Tidbinbilla complex will then relay the images and data to the US.