Australian election pundits had forecast a ‘historically close’ result and they have been proved right. 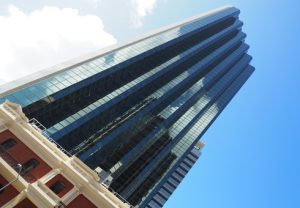 Australian election officials are still counting around 25% of the vote around the country and none of the two main political parties can currently claim victory.

Now Australia faces the possibility of more political deadlock thanks to another hung parliament with the government unable to pass its laws.

Votes cast so far show that Australian voters have turned against the Coalition governments’ tough austerity plans and welfare cuts, but it has not been in enough numbers to deliver a clear majority.

More than 10 Coalition MPs have been voted out of office already as the ruling Government suffered a 2.8% swing against its policies.

With over three quarters of the vote already counted the Government looks set to win just 67 seats, down from the 90 seats it held before the election.

Labor is expected to win 67 seats, equal to the number of ruling Coalition MPs. A dozen seats have been too close to call and the final result of the election may not be known for many days.

“If the result stay as it is now Malcolm Turnbull will have to horse-trade with independent and minor party MPs in order to stay in power,” says Darrell Todd, founder of thinkingaustralia.

“The result as it stands is bound to be a disappointment for Turnbull as he was seeking to win a clear majority in order to implement his party’s Conservative policies.”

Despite the result hanging in the balance Turnbull adopted a confident tone late last night when he addressed supporters in Sydney.

“Based on the advice I have from the party officials, we can have every confidence that we will form a Coalition majority Government in the next Parliament,” Malcolm Turnbull said. “We are the only parties that have the ability or the possibility of doing that.”

But Labor has refused to concede defeat and now aims to gain support among independent MPs in order to form its’ own government.

“Three years after the Liberals came to power in a landslide they have lost their mandate,” he said. “Whatever happens next week Mr Turnbull will never be able to claim that the people of Australia have adopted his agenda.”