Superfast internet is a priority Down Under as Australia ranks just 56th in the world for its internet download speeds. 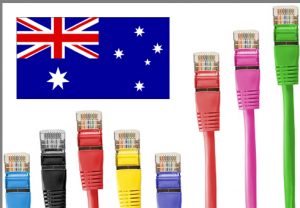 Now businesses will be able to access superfast internet speeds up to 100-times the national average and at least 10 times the download speed of Australia’s new National Broadband Network.

Adelaide is to connect to the US-led Gig City internet network and the city will begin a $4.65 million digital rollout at the end of 2016 with costs being paid for by the state government.

“Superfast internet speeds are vital to economic development and national prosperity,” says Darrell Todd, founder of thinkingaustralia. “Adelaide’s investment is small compared to the benefits it will bring to the city.”

Chattanooga in Tenessee USA has so far generated US$6 billion in foreign direct investment thanks to its 10-gigabit-per-second fibre internet service that is available to all residents and businesses.

The network now operates in 19 cities worldwide with a further 41 cities due to join.

Adelaide’s new superfast internet network will use the existing Government and universities-owned optical fibre network that connects the state’s research and educational sites.

The network will provide affordable one gigabit connections with speeds up to ten gigabits per second.

The state government says the improved internet speeds will attract investment from high-tech companies as well as creating jobs in new industries.

In recent years Australia has launched a range of major national infrastructure projects aimed at propelling the country into the 21st century digital world. But flagship projects could be overtaken by newer technology.

“It’s taken a private company to deliver the fastest internet speeds in Australia,” says Darrell Todd. “The governments’ own fast network, already many years late, is in danger of being left behind.”

The Coalition government launched Australia’s new National Broadband Network claiming it would cost $29.5 billion and deliver speeds of 25mbps to the country by 2016.

But the project has ballooned in cost to $56 billion and it will not be finished until 2020, over four years behind schedule.

Australia needs skilled telecoms engineers, do you want to live and work Down Under?

Click here for expert help with:  Skilled Migration to Australia