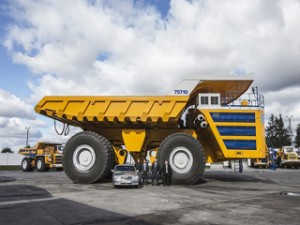 Investors seeking new opportunities are now looking at the mining sector in Australia.

Mining stock has taken a hit this year with the slowdown in China but the resources industry in Australia looks set to rise again in 2016, driven by major growth in developing countries such as India and South America that are set to build 100 new ‘mega cities’ in coming years.

Investment analysts predict the mining industry in Australia is set for growth for the next 18 years, despite the recent China-led downturn.

The S&P/ASX Mining and Metal 300 Index has fallen by 52% this year and, if it has reached the bottom, it could be the best time to invest.

If you follow the age-old mantra of ‘buy low, sell high’ then now could be the time to look at Australian mining stocks. Resources analyst Jason Stevenson believes bargains are to be had in Australia’s mining sector.