Australia is top for sun power • Are you thinking Australia? | thinkingaustralia |

Australia is top for sun power 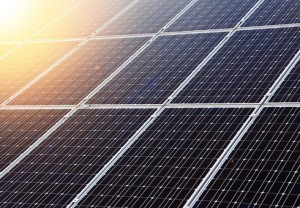 In Australia people do more than enjoy outdoor life in the sun; they use it to power their homes. Australia has the highest rate of home solar panel installation in the world.

Hundreds of new jobs will be created around the new Nyngan and Broken Hill facilities, the biggest solar power plants in Australia. They will produce enough energy to power 50,000 homes.

The plants have already boosted each local economy by $14 million. Operator AGL says over its’ lifetime the Nyngan plant will boost the local economy by a further $137 million. And the Broken Hill region will benefit by an extra $85.5 million.

“Solar panels are now appearing on roofs all across the country,” says Darrell Todd, CEO of thinkingaustralia.

“We have year-round sunshine, a growing population and we’re concerned about the environment. Solar power is a no-brainer.”

“Hundreds of new jobs in every state will be created by the expanding solar power industry,” says Darrell Todd. “Equipment must be sold, installed, managed and maintained. New skills will be needed across the country for years to come.”

If you are a skilled worker in the solar power or ‘green’ energy industries, Australia needs you. Find out how to have a new career in the ‘lucky country’:

Across the country, around 16 per cent of all homes now generate electricity using solar panels.

South Australia leads the way followed by Queensland with 30 per cent of new capacity installed every month. NSW is second and Victoria third. Around 20 per cent of homes in Western Australia have solar panels.

Australia has around 1.5 million solar PV installations and by mid-2016 will be producing 5,000 Mega Watts of electricity from solar panels.

The popularity of solar power has led to calls for reform to the way electricity is priced to ensure bills better reflect the impact households have on the grid.