The UK Brexit vote has fueled a massive spike in the number of people seeking to migrate Down Under and Aussies are saying ‘welcome’. 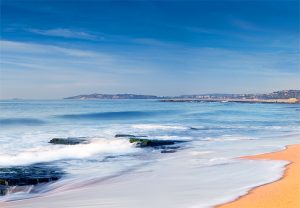 Government officials Down Under believe the EU’s loss will be Australia’s gain as the country expects a rise in investment and skills that would previously have gone to UK.

Western Australia has been quick to welcome the UK Brexit vote, hoping that new migrants and investment will now flow into the state as a result of the EU vote.

Darrell Todd, founder of thinkingaustralia, says: “In the last few days we have seen a huge rise in inquiries about migration to Australia.

“Young families, university graduates and investors have been in contact with us asking about opportunities in Australia. There has never been a better time to live, work and invest Down Under.”

More ex-Britons live in Western Australia than in any other state so its’ familiarity will be a big attraction to potential migrants, the WA Premier believes.

“I expect we shall see a significant increase in numbers of young and qualified Britons wanting to migrate to Australia and I think WA will be the most attractive,” he told reporters.

Western Australia has the second lowest unemployment rate in Australia and its’ economy is proving resilient, despite the collapse of its’ mining industry which is still worth $95 billion a year despite the downturn.

“For those Brits who are unhappy about the UK Brexit vote, I would urge them to consider Australia,” says Darrell Todd.

“Western Australia is a land of opportunity and continuing growth, a great environment for investors and young families who are concerned about the future.”