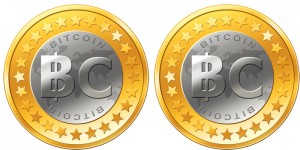 Major banks in Australia have closed the accounts of bitcoin companies operating in the country in a bid to meet tough new finance laws.

The move has effectively put more than a dozen digital currency providers out of business as banks respond to tough new rules relating to money laundering and the financing of terrorism.

While this is certainly a major driver in the banks’ action, the new laws are also a ‘back door’ excuse for banks to eliminate competition and make up the growing loss in business that new digital/virtual currencies represent.

Across the world, $5 billion worth of bitcoin / digital currency is currently in circulation and of this total, 7% is in use in Australia.

The Australian Digital Currency Commerce Association says that banks have sent letters to 17 bitcoin companies including BitTrade and Buyabitcoin telling them that their accounts would be closed.

The Australian government says that digital currencies should be tightly regulated and that trading in such ‘virtual money’ should be taxed.