Australia 300 years of migration (1) • Are you thinking Australia? | thinkingaustralia | 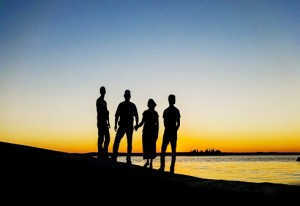 People from around the world have been migrating to Australia for more than 300 years – and for the past 25 years thinkingaustralia has helped tens of thousands to live the dream.

But today’s endless job opportunities, family-friendly society and relaxed outdoor lifestyle are a world away from the hard frontier life that faced the country’s first migrants.

The first white settlers were 1,400 British that arrived in Port Jackson (now Sydney Harbour) on 26 January 1788 to establish a penal colony. But while the native aboriginal people had thousands of years to adapt to the country’s landscape and climate, the European settlers experienced severe food shortages and struggled to survive. For 80 years the country was slowly populated by criminals ‘transported’ from Britain for crimes ranging from murder to stealing a loaf of bread.

In 1850 Australia exploded into life when gold was discovered in New South Wales. The gold rush saw more than 600,000 migrants arrive in Australia (81% from UK, 10% from Europe, 7% from China and 2% from elsewhere).

These fortune-hunting migrants – known as ‘diggers’ – brought new skills and professions and helped to create the country’s economy and the first big cities. Within 50 years Australia was the world’s biggest producer of gold.