The Aussie government is urging UK to stay in Europe but many ex-pats are reported to favour 'leave’ in the UK EU vote. 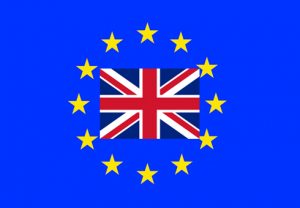 Anyone with a UK passport living Down Under is eligible to take part in the UK EU vote, providing they have registered to vote in the past 15 years.

The UK EU vote is a once-in-a-generation opportunity for voters to decide which direction, economically and socially, that Britain will take in future.

There are around 1.3 million British ex-pats living in Australia, more than in any other country.

“There is a good reason why all these Brits moved to Australia,” says Darrell Todd, founder of thinkingaustralia. “They did not like the direction Britain is going in, so they left the country. The majority of Brits I speak to will vote to leave the EU.”

Historic election rules mean that Commonwealth and Irish citizens that are residents in UK can also take part in the UK EU vote.

Australian High Commissioner Alexander Downer says the EU helps to balance the influence of Russia and it maintains continental stability.

The UK EU vote is having an impact on the currency markets.

Uncertainty surrounding the vote has in recent weeks seen the value of UK sterling veer between $1.50 and $3. The Reserve Bank of Australia believes the Brexit vote is a “near-term risk” with major implications for the value of the Australian dollar.

Malcolm Turnbull, Tony Abbott and Bill Shorten are publicly opposed to the UK leaving the EU. But former prime minister Howard said: “If I were British, I would vote to leave.”

“Australia is a ‘give-it-a-go’ country that stands on its’ own feet in the world. That’s why Brits want to come here, that’s why they succeed – and that’s why so many ex-pats believe UK can do better if it leaves the EU”, says Darrell Todd.