Tour de France winner Mathews, whose nickname is ‘bling’ won the stage thanks to support from his cycling team-mates. 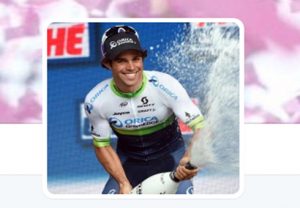 The Tour de France 10th stage saw leader Chris Froome crash out after a fan ran onto the track and he had to sprint ahead to find another cycle.

Canberra-based Michael Matthews took the winner’s accolade after years of bad luck in his attempt to compete in the Tour de France.

The 23 year-old Aussie cyclist missed out in 2014 when he suffered a series of training injuries.

In 2015 he was forced to abandon his Tour hopes after he broke four ribs.

Mathews told reporters: “This year already I had crashed twice. I was almost giving up on this race, thinking maybe the Tour de France is not for me”.

Mathews, who lives in the Canberra suburb of Farrer, spent his childhood riding bikes in motocross events. He has gained a reputation as an extrovert who loves expensive jewelry, hence his nickname – ‘bling’.

Now he’s got more ‘bling’ to show off, having won the Tour de France 10th stage in Andora.

Mathews piled on the power after a 197km chase and, aided by the support of his fellow Orica-Bike Exchange team members, pulled into the lead.

Britain’s Chris Froome managed to retain the overall leader’s yellow jersey, despite his earlier crash, and finished just over nine minutes off the pace.