The city of Adelaide will this month play host to over 250,000 motors port fans during Australia’s most popular V8 car race, the Clipsal 500 event. 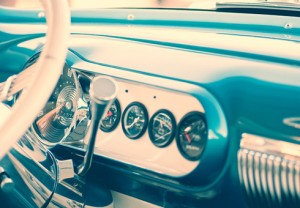 Adelaide is no stranger to top sporting events having earlier this month played host to the world’s best golfers.

Leon Bignell, Minister for Tourism, says it’s one of the most exciting times of the year to be in South Australia.

“Adelaide is pumping with the Adelaide Fringe and other Mad March events and there will be four action packed days of racing and world-class entertainment at the Clipsal 500 Adelaide,” he said.

Last year’s event attracted around 285,000 fans and generated over $60 million into the state’s economy.

The success of the Clipsal 500 is due to fans being offered a wide range of entertainment with motorsport racing, family activities and evening concerts.

As well as the on-track action there will be the Cars of the Screen exhibition, featuring the Batmobile and other movie and television favourites.

“Australia is sporting-mad and car racing is one of the most popular,” says Darrell Todd, CEO of thinkingaustralia. “The Clipsal 500 is one of the country’s top sporting events.”

Tickets are still available at: Clipsal 500