Adelaide aims to be City of Music • Are you thinking Australia? | thinkingaustralia |

Adelaide aims to be City of Music 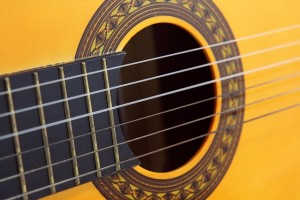 Adelaide aims to be the next UNESCO City of Music in a bid to encourage young musicians and boost tourism in the state.

Arts Minister Jack Snelling says Adelaide is a serious candidate to become the next UNESCO City of Music and that the state had the backing of Seville, the first ever world city of music.

If successful, Adelaide will join Seville, Bologna, Hamamatsu, Glasgow, Gent, Mannheim, Bogota, Brazzaville and Hannover as recognised cities of music which Mr Snelling said would open up many industry and tourism opportunities for South Australia.

“Adelaide is regarded throughout the world as a cultural city, and becoming a UNESCO City of Music would position Adelaide as an exciting and innovative city for musicians, where music is integrated with economic and business development,” said Martin Haese, Lord Mayor of Adelaide City.

UNESCO is the United Nations Educational, Scientific and Cultural Organisation.