$7m for Australia cricket star • Are you thinking Australia? | thinkingaustralia | 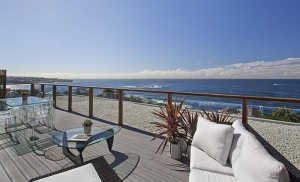 Here’s what $7 million will buy you in Australia – the home of cricket star David Warner.

The Australian cricket vice-captain is selling his beach-front home in South Coogee at auction, and looks set to make a $1.25 million profit. Warner paid $6.25 million to buy the property in 2014 following the birth of his daughter.

The three-level modern-designed pad offers a 180 degree view across the Pacific Ocean towards Wedding Cake Island.

Aussie cricket star Warner rose to sporting fame during the 2008/09 season and has cine scored over 4000 runs in test matches and he is now one of Australia’s top opening batsmen.