$50m for Canberra film industry • Are you thinking Australia? | thinkingaustralia | 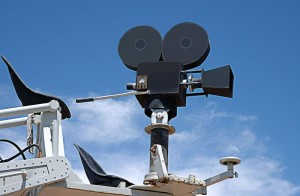 Canberra’s growing movie industry has received a boost with a new ten year contract to produce a string of feature films.

Film companies Jia Films and SilverSun Pictures have signed a 10-year deal with China’s Yuezhong Pictures to produce 10 films in Australia. First in the series will be called Australia Gold, about a Chinese bush ranger, and will have a budget of $15 million. Most of the material used in English language films will be shot in Australia.

The Canberra based production houses plan to make one movie a year with each film having a minimum budget of $5 million.