200,000 new homes in Australia • Are you thinking Australia? | thinkingaustralia |

Get our help FREE advice or find service providers with our ozdirectory
Home > News > All News > Property > 200,000 new homes in Australia 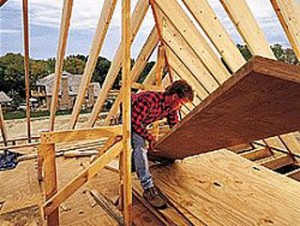 Across the country, a total of 219,000 new homes will have been built this year with a forecast slightly lower rate of 202,000 to be built in 2016. This compares to an average 155,000 new homes built each year between 2005 and 2012, according to the Australian Bureau of Statistics, whose latest figures show that commercial building construction rose by 1.3% in first three months of this year.

Across the various States, there have been ‘significant’ increases in residential construction in Victoria, and Queensland, with a small rise in New South Wales where fewer homes have been built compared to the number of homes actually approved for construction.

The number of residential properties being built in South Australia, Western Australia, Tasmania and the Australian Capital Territory (Canberra) has fallen so far this year.

The rise in commercial and non-residential construction is being driven by an increase in construction of short term accommodation, education and aged care building.

Darrell Todd, ceo of thinkingaustralia, says: “Demographic trends in Australia show a continuing need for more construction of buildings in the education and health sectors, which will require a corresponding increase in skilled workers in the construction industry in coming years. Meanwhile, the rise in new housing starts is forecast to continue well into 2016”.