Spice Girl Mel-B in Darwin • Are you thinking Australia? | thinkingaustralia | 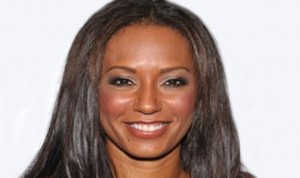 Darwin will play host to former Spice Girl Melanie Brown when she appears in the city next month.

The former ‘Scary Spice’ is to visit Darwin for a special meet and greet with the city’s clubbers. Melanie will appear at Monsoons on Friday, February 12, to pose for photos with fans and answer questions from the crowd in a Q&A session.

Melanie was part of one of the biggest girl groups in history before launching a solo career. She has since developed a successful TV career, appearing as a judge on The X Factor Australia.

Currently hosting Lip Sync Battle UK and appearing as a judge on America’s Got Talent, she is making a long-awaited return to Australia.

Melanie has not ruled out the possibility of a Spice Girls reunion in 2016, which would see the group return to celebrate the 20th anniversary of the group’s first hit Wannabe.