Old folks may pay more in Canberra • Are you thinking Australia? | thinkingaustralia | 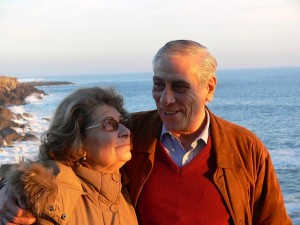 Planned changes to benefits and concessions in Canberra could see some old people paying more for public transport, electricity and rates.

The ACT Government is proposing a raft of changes to the concessions scheme that currently allows pensioners to pay less for essential utilities.

Changes being considered include raising the eligibility age for the Seniors Card from 60 to 65, limiting assistance for part-pensioners, removing or reducing the Public Transport Seniors Card and combining utility concessions.

The government says the proposed changes will be fairer and provide more assistance to young families and people who didn’t own their own homes. It will also aim to save money. The ACT government faces a $2.2 million budget shortfall after central Government cut back its support for State concessions.

Changes to seniors’ concessions will mean that in future eligibility will be based on income. Currently, a person’s age determines their eligibility for pensions, more than their income level. The new proposals seek to change this. ACT Chief Minister Andrew Barr said that under the new scheme households on lower incomes who are on Family Tax Benefit will have more access to concessions.