Moving to Australia: Adelaide and Hobart are now ahead of other capital cities as hotbeds of property price growth. 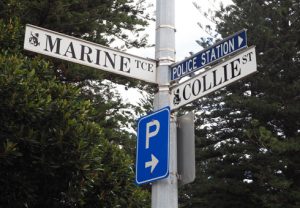 Moving to Australia: 47 suburbs in Adelaide have rising levels of property sales.

In Melbourne, the number of suburbs that have seen a rise in sales has dropped to 33 and in Brisbane the number has fallen to 29.

In Perth only one suburb – Byford – has seen the number of property sales increase.

In Sydney only six city suburbs have seen a rise in property transactions according to the latest Hotspotting Price Predictor Index.

“It is now difficult to find suburbs with growing markets across metropolitan Sydney,’’ the report says.

Sales numbers dropped significantly in Darwin which only had two growth suburbs.

The total sales in the June 16 quarter were the lowest in the past five years and less than half those peak levels of 2014.

The report also revealed that Tasmanian markets were strong with Hobart’s momentum rising, as was Launceston and Devonport.

The June quarter was Tasmania’s strongest quarter for sales for at least five years.

There have been areas in Adelaide that have seen double digit growth in average prices in last year. Now with the number of suburbs with rising housing markets it is the number one city in Australia for growth.

Sydney and Brisbane now have ‘danger markets’, particularly with apartments, where there has been a big fall in the number of sales.

Hobart is doing well, the Tasmanian economy has improved and investors are looking at Hobart and seeing it has the cheapest prices, lowest vacancies and the highest rental yields among the capital cities.