Emigration to Australia began 50,000 years ago • Are you thinking Australia? | thinkingaustralia |

Get our help FREE advice or find service providers with our ozdirectory
Home > News > All News > South Australia > Emigration to Australia began 50,000 years ago

Emigration to Australia began 50,000 years ago 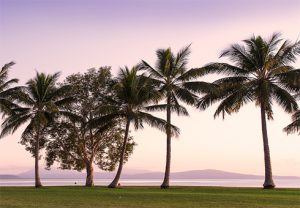 Emigration to Australia involving early humans started in Australia’s desert interior around 49,000 years ago according to new discoveries by Aussie scientists.

The study suggests that people settled in the arid interior within a few millennia of arriving on the continent and shows that they developed key technologies and cultural practices much earlier than previously thought for Australia and Southeast Asia.

Emigration to Australia began 50,000 years ago

“One of the key strengths of this study is the chronology, which has typically proved to be a contentious issue at early archaeological sites in Australia, says Dr Arnold, ARC Future Fellow with the University of Adelaide’s Environment Institute. “We have used a range of complementary dating techniques and targeted different types of materials to ensure that the age of the site is reliably known.”

The OSL dating research was conducted at the University of Adelaide’s Prescott Environmental Luminescence Laboratory – one of the largest and best equipment dating laboratories in the world in this field.

“The Warratyi Rock Shelter is a remarkable discovery, showing aboriginal settlement of the Australian arid zone long before the last ice age and contemporaneous with iconic Australian megafauna, and revealing an innovative material culture, including the utilisation of ochre pigments, much earlier than previously recorded for Australia and Southeast Asia,” says Professor Spooner.

For more details go to University of Adelaide