Emigrating to Australia: South Australia on the rise • Are you thinking Australia? | thinkingaustralia |

Emigrating to Australia: South Australia on the rise 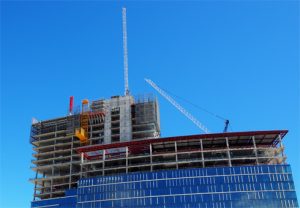 Migrate to Australia where South Australia’s economic performance is now forging ahead of all states and territories with the exception of Victoria and the ACT.

The figures suggest that South Australia’s economy has been improving since late 2015 and is signifying trend growth.

The figures are the highest reading since January 2015.

The positive momentum in the labour market continues to drive the improvement in the index – and it has likely been pulling up other sectors too (ie housing and household).

The report follows last week’s NAB Business Confidence index that placed South Australia at the top of the national table.

Emigrating to Australia: South Australia on the rise

SA Premier Jay Weatherill said: “The State Government is implementing its plan to modernise South Australia’s economy – and today we have more evidence that our plan is working.

“We have delivered record business tax cuts and pursued ten economic priority areas so that we can replace the jobs being lost through the decline of traditional manufacturing with jobs in new and growing industries, like food and wine, tourism, renewable energy and science and technology.

“As a result of the Federal Liberal Government chasing Holden out of South Australia and due to dithering Federal defence decisions costing hundreds of shipbuilding jobs, our economy still faces significant challenges.

“The Federal Liberal Government must help auto industry workers transition to new jobs and they can do this by unlocking the $700million they pocketed from the car industry and invest it in training and support.

“The South Australian Liberal Party is also a major impediment to advancing our State’s potential, rejecting every new idea put forward to modernise our economy.”

Are you thinking of Emigrating to Australia? Click here for expert help: Skilled Migration to Australia