Get our help FREE advice or find service providers with our ozdirectory
Home > News > All News > Sydney > Emigrate to Australia: NSW growing fastest

Emigrate to Australia and live in New South Wales, ranked top of all Aussie states. 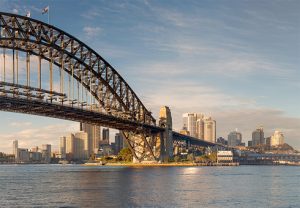 Emigrate to Australia where, in the latest national report, New South Wales has retained its top rankings on economy, business investment, retail trade, and construction of new homes.

The CommSec State of the States report ranks New South Wales as best-performing Aussie state, while Western Australia, re-aligning its economy following the mining boom, has slipped below Tasmania to become the worst performing state.

The report ranks NSW in first place in terms of economic performance for the ninth consecutive month.

But that’s about to change. Income levels in WA should lift in the state in line with record mining export volumes and recent improvement in resource prices.

The NSW Government has raised $16 billion from sale of its stake in the Ausgrid electricity network and plans to spend the money on new roads and rail links.

“Our economy is the strongest in the nation, our budget is firmly in the black and NSW is truly the number one place to live and work,” Ms Berejiklian said.

Second-placed Victoria is growing at 5.4 per cent a year and will overtake NSW economically within the next 12 months.

Victoria has the country’s fastest-growing population and is the only state to record an increase in fulltime jobs in the past year.

Canberra and the ACT came is ranked No 3 with a strong housing sector and economic growth. The Northern Territory is at No 4 aided by a construction boom and low unemployment.

South Australia and Queensland are in the middle of the table at fifth and sixth place respectively.