Emigrate to Australia: Economic Prospects • Are you thinking Australia? | thinkingaustralia |

Get our help FREE advice or find service providers with our ozdirectory
Home > News > All News > Jobs > Emigrate to Australia: Economic Prospects

Emigrate to Australia where the Reserve Bank of Australia says the country will continue to expand over the near future and beyond. 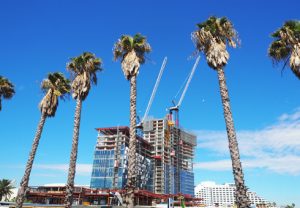 Emigrate to Australia for lifestyle and employment opportunities and be confident that economic stability and growth will continue.

Christopher Kent, Assistant Governor of the RBA (Economic), said this week that fallout from the end of the mining boom has almost come to an end and that the non-mining economy continues to grow.

“Mining investment has a bit further to fall, but by our estimates about 80 per cent of the adjustment is now behind us,” he said. “Resource exports still have further to grow.

“Meanwhile, growth of activity in the non-mining sector has risen gradually over recent years. That improvement has been fostered by low interest rates and the depreciation of the exchange rate since 2013. Growth of non-mining economic activity is expected to be around average over the next two years.”

The economies of the mining states – Western Australia and Queensland – have been most directly affected by the declines in mining investment and commodity prices over recent years.

States with less exposure to mining – New South Wales, Tasmania and Victoria – have seen an improvement in their economic conditions; and, in Victoria’s case, a persistent rise in population growth.

Those states have clearly benefited from the effects of low interest rates, which have boosted conditions in their housing markets and helped to support demand more generally.

The decline in the exchange rate since 2013 has also aided their trade-exposed industries, including tourism, education, business services and agriculture.

South Australia’s performance lies between the large mining and non-mining states. More recently the Queensland economy has fared better than that of Western Australia as Queensland has had the advantage of its sizeable exposure to the education and tourism industries.

Business conditions in most states have been on an upward trend. They are now generally above average with conditions strongest in the south-east of the country.

There’s been similar growth in household consumption with growth stronger in the south-east over the past few years.

Across the country, non-mining business investment has seen growth of about 13 per cent per annum.

Non-mining business investment has been growing over the past three years in New South Wales (by an average of about 10 per cent per annum).

Non-mining business investment has been little changed in Queensland while Victoria has seen some growth of late. Firms in all these states appear willing to invest in response to stronger business conditions.

Conditions in the established housing market have eased relative to a year ago. Housing prices are growing less quickly than they were in 2015 and housing credit growth has also slowed.

Housing market conditions remain subdued in Perth. Prices of apartments and detached dwellings there have declined further and are around 8 per cent below the peak. Rents in Perth have also declined by about the same amount, Christopher Kent said.