The Cure tour Australia • Are you thinking Australia? | thinkingaustralia |

The Cure has not undertaken a major world tour for eight years and the group promises to stage a spectacular show. 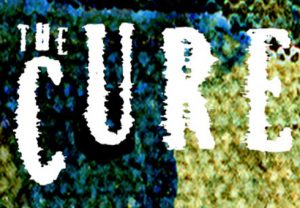 The Cure will headline Australia’s major Splendour and the Grass 2016 festival as well as performing their own stand-alone headline concerts.

Robert Smith and The Cure last performed in Australia five years ago. The group delighted Aussie fans during their ‘Reflections’ tour when they performed three entire albums back to back: Three Imaginary Boys, Seventeen Seconds and Faith during two concerts at the Sydney Opera House.

There is no news regarding a new Cure album. The band’s last album release was in 2008.

But fans can be assured of some great down-under concerts as The Cure will be playing songs from across their 37-year career.

They also plan to perform some unreleased tracks and some re-mixes against the backdrop of a spectacular new stage set.

Further dates in Adelaide and Perth are expected to be announced in coming weeks. Tickets will go on sale on Friday May 6.

Click here for info and help with travel visas: Travel to Australia