Cameron Diaz returns to Sydney • Are you thinking Australia? | thinkingaustralia | 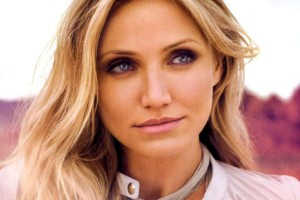 Hollywood actress Cameron Diaz arrived in Sydney at the weekend to be with her new husband Benji Madden.

Rock star Madden, who is in Australia filming TV show The Voice, met the 42-year-old Charlie’s Angels star at Sydney Airport before whisking her off to a luxury hotel suite.

Diaz is no stranger to Australia having lived in Kings Cross for three months when she was 19 years old and working as a model. Now she is one of the world’s highest paid stars. Diaz is currently number 11 in the list of top-earning actresses for 2015, earning $15 million for her recent movies The Other Woman and Annie.

Diaz married Madden, who is six years her junior, after an eight-month courtship. They wed in January at a private ceremony at their Beverly Hills mansion and guests included Reese Witherspoon, Drew Barrymore, Madden’s twin brother Joel and his wife Nicole Richie.

The couple only had a short time together as man and wife before Madden temporarily moved with Joel to Australia for The Voice live shows.