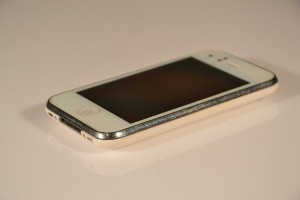 Australia is following a global trend by not watching so much TV. Aussies’ increasing love affair with new mobile technology has led to a sharp fall in the use of traditional TV sets.

TV is the only category to see uniform, double-digit usage declines across different types of media worldwide among viewers of all ages. It is rapidly being replaced as consumers turn to a laptops, desktops, tablets and smartphones to view video content.

According to a new industry report from Accenture, viewership of movies and television on a TV screen has fallen by 13% globally over the past year and by 11% in the US. Sports viewership on TV screens fell by 10% globally and by 9% in the US.

More than a third (37%) of consumers own a combination of smartphones, laptops/desktops and tablets. Among those who plan to buy a TV, 61% expect to buy a connected TV, and 25% are planning to buy a 4K TV, an increase of seven percent over last year.

Viewing is happening simultaneously across multiple devices, with 87% of consumers using more than one device at a time. Globally, the smartphone is the most frequent companion device scoring 57% overall. This trend is particularly strong for millennials, with 74% of 14- to17-year-olds using a combination of TV/smartphones during viewing. This is not the case in North America, where a laptop/computer was used more frequently for simultaneous viewing (59% vs 42% for smartphones).