Crocodile • Are you thinking Australia? | thinkingaustralia |

The Saltwater or Estuarine Crocodile is the largest of all living reptiles, and is found throughout Southeast Asia and northern Australasia. They generally spend the tropical wet season in freshwater but move downstream to estuaries in the dry season. They compete fiercely with each other for territory, which is why junior crocodiles are forced into the more marginal river systems and sometimes into the ocean. They can travel hundreds of miles by sea but compete poorly with shark species in a marine environment, particularly with larger sharks such as Tiger Sharks.

Australia’s other species of crocodile is known as the Freshwater or Johnston’s Crocodile. This much smaller species has narrow snout and is also found in northern parts of Australia, but rarely grows more than 3 metres long. Unlike ‘salties’ they are considered harmless to humans. Their sharp teeth are adapted for feeding on fish, and can give a nasty bite however.

Freshwater Crocodiles breed during the dry season, laying eggs at night below the surface of a sand bank, while salties build nests made of mud in the wet season. Around 80 or 90 days later the eggs hatch, and after this the female parent stays close to protect the small crocodiles for a while, carrying the newly-hatched juveniles to the water in her mouth.

Includes categories for Partners, Parents, Children and Orphan Relatives of an Australian citizen or permanent resident.

People over 55 years of age with no dependants ( other than a spouse ) and have at least A$500,000 to transfer to Australia.

We will call you back, at a time to suit you, to discuss any Australian migration question you have 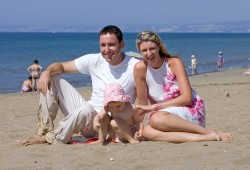 Would you like to move to Australia with your family? 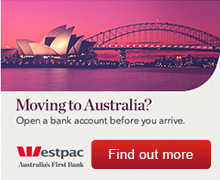