Emus are the largest native Australian birds, and the second-largest bird in the world (after the Ostrich). These largely solitary flightless birds are nomadic and follow the rain. According to folklore they have a mysterious mechanism to tell them where the rain is. However it is known that they are very keenly attuned to subtle weather cues: particularly the sight of distant cloud formations but probably also the sound of thunder from afar. They can travel great distances at a fast, economical trot and, if necessary can sprint at 50 km/h. They are also powerful swimmers capable of crossing rivers.

Breeding takes place in the cooler months. Male emus construct a rough nest in a semi-sheltered hollow on the ground from bark, grass, sticks and leaves. The female lays a very large, thick-shelled dark green egg weighing about half a kilogram. The male becomes broody after about the seventh egg and begins sitting. From this time on, he does not eat, drink or defecate, and only stands to turn the eggs, which he does about 10 times a day. The female usually continues laying but does not mate with the male again after he goes broody.

About 8 or 10 eggs is typical but clutches of almost double this size are not uncommon. As with a great many other Australian birds, once the male starts brooding, the female mates with other males instead. Newly hatched chicks can leave the nest within a few days, grow very quickly (up to a kilogram a week) and are full-grown in 12 to 14 months. Many remain with their family group for another six months or so before they split up to breed in their second season. 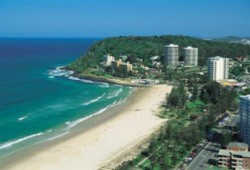