Perth is ‘richest’ city in Australia • Are you thinking Australia? | thinkingaustralia |

Perth is ‘richest’ city in Australia 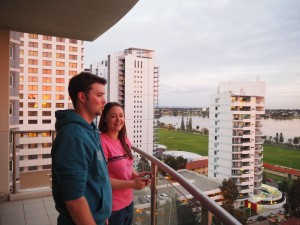 People living in Perth, Western Australia, have more disposable income than those living in any other state.

Residents of W.A. and in particular the city of Perth, have more money left over after they’ve paid their household bills than those living in other cites and seven out of the top 10 most affluent suburbs in Australia are in Western Australia.

Residents of Brentwood, 11km south of Perth, have the most amount of disposable income after paying tax and mortgage, with the price of an average home in the suburb around $827,500. The average cost of their annual mortgage is $37,926 while the annual income of an average Brentwood household, after tax, is $113,324, leaving almost $75,400 left over.

Second most affluent suburb is Willagee, also south of Perth, where residents manage to have $70,191 aleft over after all bills are paid. In third place is Cottesloe where residents have an average of $69,412 in disposable income after paying household bills, according to a new national survey by finder.com.au

North Dandalup residents have an average of $68,745 in disposable income followed by North Fremantle where residents have $66,756 left over after paying household bills. Ardross and West Perth follow with $64,513 and $62,888 respectively.

WA also claimed five of the top 10 places for the most affordable regional areas of Australia. Dampier is third most affordable place to live with an average of $88,027 in disposable income per household.

Richest place to live is St Andrews, 40km north east of Melbourne, where average disposable income per household is $128,196.