Lyrebird • Are you thinking Australia? | thinkingaustralia |

These ground-dwelling birds are notable for their extraordinary ability to mimic both natural and artificial sounds as well as the male birds’ fanned tail. Although well-known in Australia, they appear on the 10 cent coin, lyrebirds are shy and rarely seen in the wild. Lyrebirds can accurately mimic the songs of other birds, other animals, human noises, machinery of all kinds, explosions and musical instruments.Superb Lyrebirds have the larger, more spectacular feathers. They are native to Victoria, but have been introduced to Tasmania and are considered quite common in national parks along the east coast of Australia. The slightly smaller Albert’s Lyrebird is only found in a very small area of Southern Queensland rainforest.

The lyrebird is so called because the male bird has a spectacular tail, which was originally thought to resemble a lyre. When a lyrebird specimen was prepared for display at the British Museum by a taxidermist in the 1800’s, the taxidermist mistakenly thought that the tail would be held in a similar way to that of a peacock. Later John Gould used these stuffed lyrebirds to produce a, now famously inaccurate, painting.

Male lyrebirds call mostly during winter, when they construct and maintain an open arena-mound in dense bush, on which they sing and dance in courtship displays. Females build an untidy domed nest usually low to the ground in a moist gully where she lays a single egg, She then incubates the egg for over 50 days until it hatches, and is the sole carer of the lyrebird chick.

Load More
This error message is only visible to WordPress admins

Error: There are no business accounts connected. 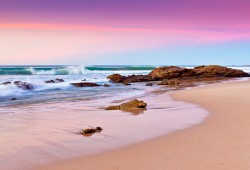